COME SAIL WITH US

Cruise Vacations are officially appointed Cruise Line Representatives (General Sales Agents) in Southern Africa for a prestige portfolio of some of the world’s best and award-winning cruise lines. Re-branded as Cruise Vacations in 2010 but formerly under the Starlight Cruises banner, we have for over 26 years managed the reservations, sales and marketing in the Southern African region, for what is now a collection of perhaps the world’s most elite, specialised and luxury cruise lines.

The Cruise Vacations team have established themselves as the leading experts in luxury and expedition cruise travel to the Southern African market. Their quality representation of this boutique range of luxury and niche cruise products has paved the way for thousands of Southern African travellers to experience all the corners of the globe in the experiential and exclusive manner that can only be found from a floating base.  This is not cruising, this is exploring, this is luxuriating, this is experiencing, this is immersing yourself in a world of travel which is in a league of its own, all from the comfort of your luxury ocean liner, yacht or river ship. Welcome to our world of luxury voyages.

This carefully selected portfolio allows us to offer voyages in a variety of genrés of cruising and covering almost 1000 destinations or ports across all seven continents.  Small, classic vessels with some of the highest space-to-guest ratio at sea, to intimate expedition ships, exploration yachts and traditional barquentine sailing vessels to luxurious and boutique style river ships, we have it covered.

As General Sales Agents we are able to consult with, and assist you in planning the perfect voyage to meet your requirements and if preferred can do this by working alongside your travel agent of choice ensuring all aspects of your itinerary are taken care of. We are associated with some of South Africa’s finest travel professionals and are able to recommend someone in your area to take care of your full itinerary requirements, if required. 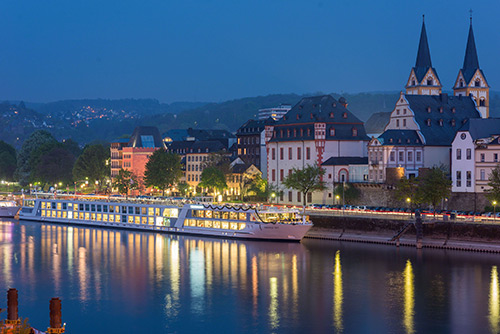 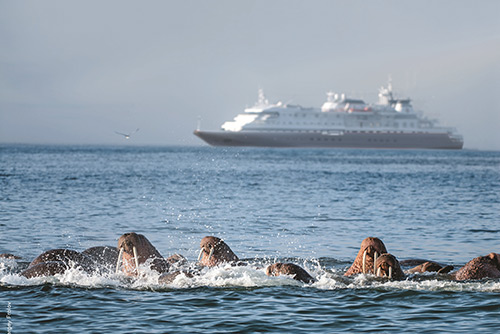 The benefits of booking your voyage locally

In this era of technology, we know everything is available at the touch of a button, well almost everything!  When it comes to the discerning client the luxury experience should begin the minute the enquiry is made, something which, at this level cannot be achieved by clicking and paying. That is why prestige cruise lines prefer you to work with the representatives officially appointed and endorsed by them in your country of residence. Particularly due to recent events, the benefits of having access to locally pertinent information and protocols is essential. Each booking is a personalised and bespoke experience handled by highly trained experts who ensure that every requirement is met. 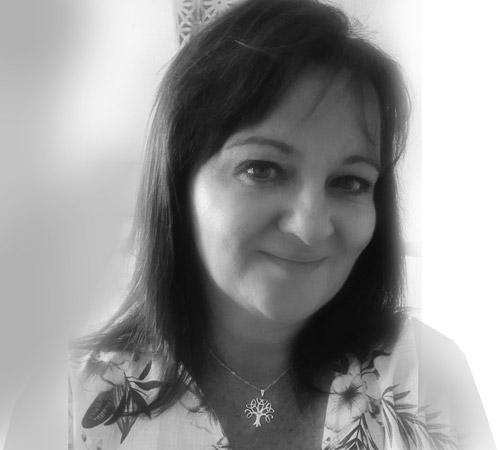 After studying Travel and Tourism, Gaynor started her travel career more than 30 years ago initially with an outbound tour operator, where she gained a passion for travel marketing as well as itinerary research, planning and costing.  In the mid-90’s, after a gap year of backpacking around Europe, she was offered an opportunity to join Starlight Cruises to look after their GSA cruise portfolio and the rest as they say is history. Now with over 20 years specialising in luxury cruising, Gaynor has taken ownership of Cruise Vacations which she has managed since the re-branding in 2010.

Under the new banner, the Company continued with the representation of Silversea Cruises and Star Clippers in Southern Africa, and in 2012 Gaynor secured the General Sales Agency contract for Scenic Cruises initially adding luxury river cruise to the portfolio and now including Emerald Waterways, Emerald Yachts and Scenic Eclipse. During this time Gaynor has had the opportunity to travel or visit all of the Silversea Ships with the exception of the new Silver Origin and Silver Moon, she has also travelled onboard Star Flyer, the river ships of Scenic and Emerald and attended the Christening and enjoyed a short voyage on board Scenic Eclipse from New York in 2019.

Gaynor attributes the continued success of Cruise Vacations to a sound business model run by a motivated and like-minded team.  This combined with their irrepressible humour makes every day at the office enjoyable.

Selling experiential and immersive travel experiences suits Gaynor’s passion for adventure. As a mum of three grown boys and two daschunds, she loves any outdoor and wildlife pursuits.  In her spare time Gaynor loves cooking, practising yoga and researching practical Mindfulness which she believes has a big role to play in any travel experience and life in general.

Super Power?  Finding a positive or humorous spin in most situations.

Office Quote?   “Failure is not an option”

Travel dream? To witness both the northern and southern lights (Aurora Borealis & Australis) Ilse started her career in the Exhibition and Marketing Industry gaining in-depth experience in event co-ordination and logistics, before travelling to the United States to join Carnival Cruise Lines as a crew member.  It was here that her passion for cruising and travel was ignited.  Following her time working abroad, Ilse returned to South Africa and enjoyed a short spell in the hospitality and lodge industry.  With first hand cruise line experience and a wealth of knowledge in the hospitality field, Ilse joined Cruise Vacations in 2010.

During this re-branding phase Ilse was involved in the initial set up of the company and began comprehensive training on all of the products represented by the company.  Her exceptional attention to detail has seen her initiate and create systems to ensure the smooth and efficient management of reservations for all of the products of Cruise Vacations. This has ensured a seamless, quick and efficient service to the company’s clients. Ilse takes care of the company’s social media platforms and has recently turned her hobby of short filmmaking into a valuable asset to the company’s marketing and training activities, earning her the office nickname ‘Ilse Spielberg’.  During her time at Cruise Vacations Ilse has travelled or visited several of the Silversea ships and Scenic river ships.  Her extensive travels have included the Mediterranean, Bahamas, Caribbean and Mexican Riviera and travelling across the USA and throughout the UK.

Ilse is passionate about people and animal welfare and initiated a company project to collect items and food for impoverished local communities.  In her spare time, she enjoys the great outdoors, her hobbies include gardening and mountain biking and she is a qualified Reiki Practitioner and Massage Therapist.

Super Power?  Attention to detail and finding a song to match any situation

Office Quote?  “I’m glad I thought of it”

Travel Dream? To experience the wildlife and scenery of Antarctica and visit the King George Falls in the Australian Kimberleys. 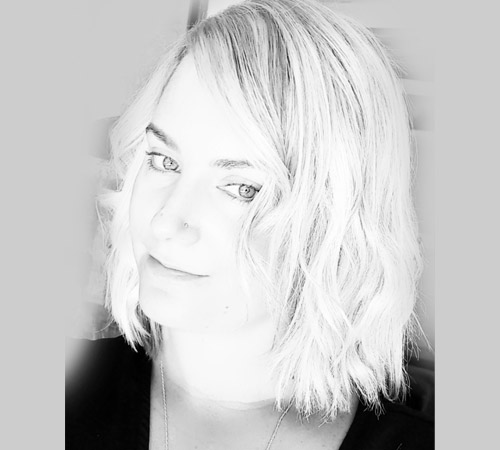 After completing her studies in Travel and Tourism, Kirsten took a gap year to travel and work in the ski resort of Smuggler’s Notch in the stunning State of Vermont, USA. On her return, and with her desire to pursue a career in the cruise industry, Kirsten worked as a reservations consultant with two outbound cruise operators, gaining valuable knowledge and experience.

In 2012 Kirsten joined the small team at Cruise Vacations as a reservations consultant, handling the A-Z of reservations for the portfolio of cruise lines. Her enthusiasm and passion for these products comes across in the excellent relationship she enjoys with both travel agents and passengers countrywide, while managing their requests and reservations.  An office all-rounder, Kirsten handles reservations for all of the cruise products, maintains the company database and activity schedule, co-ordinates company events, and keeps in touch with our prestige travel agents ensuring all of their needs are met. Her enthusiasm, humour and bubbly personality adds a quirky energy to the office.

Over the years Kirsten has had the opportunity to travel on Silversea and Emerald Waterways in Southern Africa and Europe.

Kirsten is a yoga and keep-fit enthusiast who loves the great outdoors and camping. Remarkably Kirsten is one of quadruplets and when she has spare time, she is kept busy with family pursuits and keeping up with her little niece and nephews.

Travel Dream? Antarctica and any off the beaten track destination

“Travel and change of place impart new vigour to the mind.”